Walking down the nave to the steps leading to the presbytery area, one encounters the church’s most characteristic work. It is a wellhead (or puteal), about 80 cm high, made by re-using a Roman column shaft of which the base has been preserved. Along the surface, four figures are carved in bas-relief, framed in aediculae with round arches resting on twisted columns of varying workmanship, but all crowned by a Corinthian capital. In recent times, the puteal has been restored to its original orientation, with the figure of Christ placed towards the nave. The work most likely dates back to the Ottonian foundation of the basilica. In terms of style, it should be noted that the images of the margella show significant points of contact with works created in the context of the Ottonian imperial commission. It would therefore not be the work of local craftsmen and this justifies the fact that this work has no parallels in the Roman area. In the figure of the emperor holding a medallion where the outline of the ancient basilica is visible, it is generally accepted to see Otto III. In the other aediculae are the figures of St. Bartholomew, with the book and the knife, the instrument with which he suffered martyrdom, the Redeemer, with the book open and in the act of blessing, and a saint in bishop’s vestments, probably St. Adalbert (supporters of a 12th century dating of the work prefer to identify the image with St. Paulinus of Nola). The inscription ‘OS / PUTEI / S[AN]C[T]I / CIR/CU[N] DANT / ORBE / ROTAN/TI’ is inserted irregularly in the spaces left free by the figures. Along the upper margins of the margella are still visible the marks of the ropes that were used to draw water from the well and that, by wearing away the marble, have rendered completely illegible the underlying inscriptions that alluded to the health-giving and healing properties of that water. The well, about 10 metres deep, now obstructed by storage materials, was therefore in use during the first centuries of the basilica’s life. In all probability it drew from a spring of water already used in the pre-existing temple of Aesculapius, to which particular thaumaturgic powers were attributed. 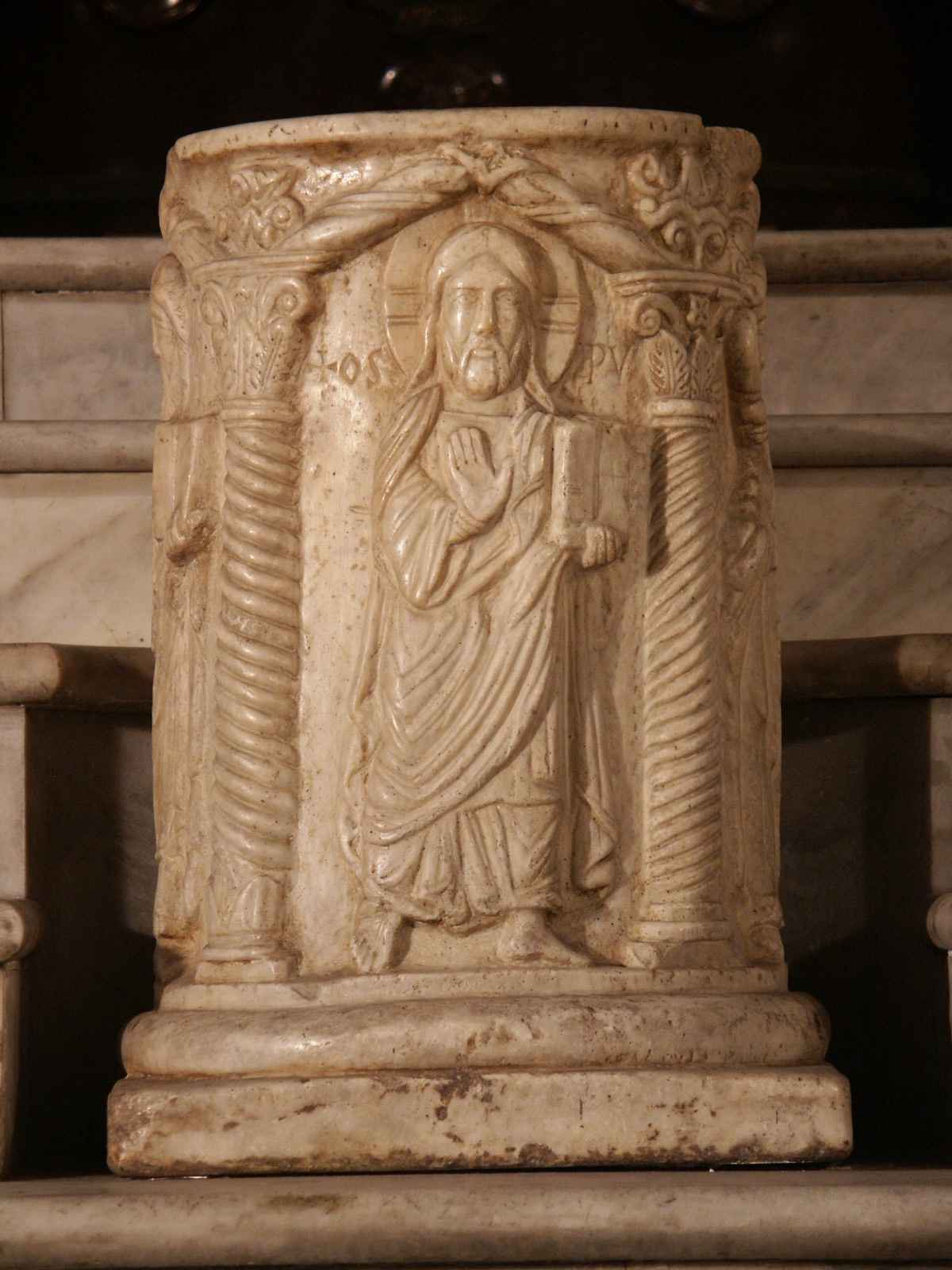